50 Shades of failure? Only to the cynics of #AskELJames 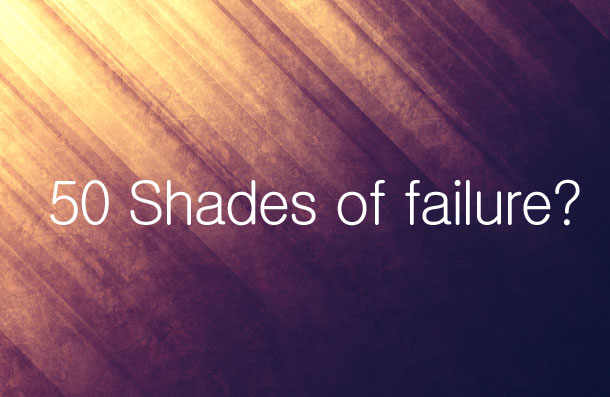 The internet is abuzz today with news of the #AskELJames hashtag and it’s apparent failure.
A sea of articles calling out how terrible of a campaign this is, how it was hilarious when people made fun of the writing, how cold and perfect it was to ask “Do you plan to rewrite the books from the point of view of someone who can write?”

But this is a filtered and biased view of the world and social media.
Every campaign has haters and critics. Large scale charity events, celebrity q&a, the birth of a royal baby all attract criticism.

The internet and social media allows and practically encourages psuedonymous communication. It’s transformed the world in ways we never expected, but we’ve paid a price. People are now free to talk, free of consequence. There’s no internet police to reel them in, there’s no hurdles in the way.

The barrier to entry is low, the punishment is almost non existent. And the reward is high. Likes, favourites and retweets. Replies and endorsement. It is a microcosm that thrives on feedback. We’ve created it, and now we’re living with it.

But there’s one more fact to get out of the way. We’re not in the same conversation as our critics.
They only think we are.

So how did @E_L_James do? She tweeted for a little over an hour and a half from Twitter HQ in the UK. They’ve obviously lent expertise or software to help it flow.
She replied to 79 people and received positive responses on a huge number of her tweets.

Almost 500 people favourited her wrap up:

Off to meet the competition winners, now. Thanks so much for an interesting hour… 😀

Her fans engaged well where she shrugged off the haters and rolled on:

And a couple of hundred for something a little more risque:

.@knightlightxo I didn't need to 😉

And her most successful tweet was both profane and a direct quote from the book (I think):

So what ARE the goals of something like this? Clear publicity trail for “Grey” as it makes it’s way down the charts and drops in price?
Driving popularity as she prepares to release a new series? Boosting DVD sales? Connecting with fans to keep her place in the spotlight?

Any of them worked out perfectly. Her critics and haters have had no impact on the conversation with her fans. Until the articles were published the majority of her followers would have seen little of the negativity and vitriol. They quietly tweeted their own questions and refreshed and watched her account as she replied. Critics and internet comedians thought they had her on the ropes, but for the majority of the conversation she never saw it, her fans never saw it, and it never got in the way of what they were doing.

It’s easy to cry from the rooftops how it’s been derailed or bitterly served to her.
But social media only gives us the illusion of our own importance.
We can yell all we like, it doesn’t make us part of the conversation unless the host actually wants us to be.

If you’re thinking of doing a Twitter Q&A, feel free to ignore the critics and haters too. It’s always going to be there, not just for #AskELJames.

#FacebookDown – a big joke. With a hint of something scarier.
The key to improvement? Teach.